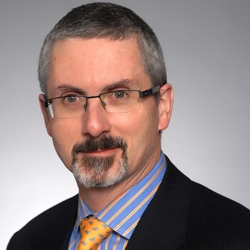 DigitalGlobe has had amazing stock performance of greater than 22 percent growth over the past five years and nearly 30 percent growth over the past year. Sensors & Systems (S&S) special correspondent Matteo Luccio spoke with Dr. Walter Scott, founder and CTO of DigitalGlobe, about the path the company has taken to achieve this growth as well as the technology roadmap going forward. The proposed merger with GeoEye is still undergoing regulatory approval, so the focus here is on the fundamental value of satellite imagery for monitoring and analysis.

DigitalGlobe has had amazing stock performance of greater than 22 percent growth over the past five years and nearly 30 percent growth over the past year. Sensors & Systems (S&S) special correspondent Matteo Luccio spoke with Dr. Walter Scott, founder and CTO of DigitalGlobe, about the path the company has taken to achieve this growth as well as the technology roadmap going forward. The proposed merger with GeoEye is still undergoing regulatory approval, so the focus here is on the fundamental value of satellite imagery for monitoring and analysis.

S&S: You studied and worked at Harvard, UC Berkelely, and Lawrence Livermore. How has that background helped you shape your vision for DigitalGlobe and to recruit talent?

Scott: You are the first person who has ever asked me that question. It’s a good question because in many respects it gets at what I learned in that period of time. I learned just how valuable good people are — people who are capable of tackling hard problems and of thinking outside the box — and just how amazingly effective teams of people can be.

Had I not had the benefit of being exposed to what teams of bright, talented, and motivated people could do, I don’t believe that I would have dared to start a company like DigitalGlobe. I think that experience made me willing to challenge the limits of what was possible and, in many respects, led to the creation of DigitalGlobe and a lot of the things we’ve done since then.

The beauty of UC Berkeley was that it was a place where you could see a lot of what was going on in “Silicon Valley.” Many of the companies that were spun out of UC Berkeley have turned into everyday names — such as Sun Microsystems, to give just one example. At Lawrence Livermore I had the opportunity to push the envelope in a different way, in different kinds of advanced technologies.

S&S: Do you expect demand for commercial imagery to grow faster for business uses or for consumer applications?

Scott: We’re seeing growth in both of them. We’re seeing growth in consumer-type applications all throughout the location-based services ecosystem. We’re a part of that ecosystem, which includes a growing number of Web portals along with other imagery sources, ranging from NASA satellites to aerial photography. Google is off flying its own airplanes, collecting aerial imagery at 15 centimeter resolution, so being part of that consumer ecosystem, it is very encouraging to see that grow.

On the business side, we support a wide range of business applications, such as the monitoring of oil storage levels. Some of them have similar characteristics to the work we’ve done for the Satellite Sentinel Program, monitoring the Sudans. We are excited to see growth in both of those areas, but I cannot comment about one over the other.

S&S: You’ve said that GeoEye’s analytics capabilities were one of the motivations for the merger. Your Analysis Center keeps getting faster in providing data and analysis after your satellites collect the imagery. How is that changing your customers’ use of that information and DigitalGlobe’s role in the market?

Scott: The combination with GeoEye brings a highly complementary capability to what DigitalGlobe brings to bear and GeoEye’s analytics capabilities are an example of that. We are very pleased about the ability to convert the power of satellite imagery collection — which includes global revisit every day and many sites around the world — into answers that are directly relevant to end customers who don’t have an imagery analyst to be able to understand the end output.

Scott: The interesting thing about satellite imagery is that before you hit the limits of physics you hit limits of regulation and cost. We are currently restricted from selling panchromatic imagery at better than 50 centimeter resolution from satellites and, with either GeoEye-2 or WorldView-3, we’ll be able to collect imagery in the 30-34 centimeter range, so the satellites will already be able to collect at better than the limit of what we’re able to sell commercially.

The other piece of that, of course, is cost. If you think about the basic physics of the satellite, it involves a telescope of a certain size, which will get a given amount of resolution from a given height. To get better resolution, you have to either be closer to the ground or you have to have a bigger telescope. If you get closer to the ground, you reach the point where you have to put wings on the satellite — then you are flying an airplane, not a satellite. If you build a bigger telescope, you rapidly get to the point where it becomes unaffordable — which is one of the reasons why aerial is a highly complementary data source to satellites. Airplanes can get much higher resolution than you can ever get from satellites. That is one of the reasons why the ecosystem for imagery is so rich. At one extreme, there are satellites like Landsat or instruments like MODIS that collect over very large areas; at the other extreme, you have airplanes and UAVs that are collecting at very high resolution. In fact, you can go all the way down to terrestrial.

During Hurricane Sandy, the imagery of the explosion of the ConEd sub-station was captured by a handheld mobile device, so you are starting to see mobile devices that are capturing information about the planet that are highly complementary with what is being collected from space. So, I think the answer to your question is, we don’t tend to think of satellites as the hammer and everything else as the nail. We tend to think instead that there is a rich ecosystem of collecting information and satellites are appropriate for a piece of that.

Having said that, there are advances that are occurring that are less in the realm of resolution and more in the realm of the quality of information that you can get from the satellite. WorldView-2, for example, collects with 8 spectral bands, which allows you to get more out of a scene than you would if you were looking at it with the traditional four-color systems. WorldView-3 has short wavelength infrared, which gives it the ability to extract relative information out of an image. It’s not a uni-dimensional problem. There is also the temporal component: how quickly can you get back to see a given spot on the ground. With the increasing number of high-resolution satellites and the increasing proliferation of various airborne collectors, the ability to see things many, many times is improving. With the DigitalGlobe constellation, for example, we support daily revisit. In the aftermath of the Fukushima nuclear reactor disaster, we got multiple looks in the space of a single day. I fully expect that, going forward, we will be using that capability to support disasters as they occur.

S&S: Do you expect that the value of crowdsourcing for change detection will grow significantly in the next couple of years? Do you plan to integrate that into your work flow and business model? If so, how?

Scott: We think that crowdsourcing is really exciting because, even though computers are smart, people are still smarter, so there are problems that are best solved by lots of people cooperating. For example, we’re working with a small company named Tomnod. We have used that crowd sourcing capability to take imagery — mostly from the conflict in Syria — and break it up into a large number of individual image chips, which get farmed out to the crowd. Tomnod’s technology enables not just the serving of imagery out to the crowd and collecting the result, they also correlate the results with one another so that, over time, it becomes possible to identify which members of the crowd know what they are doing and which members of the crowd maybe need a little bit more training. So, I think, the crowd is an important component of enabling the fullest use of imagery.

We are seeing a convergence of a number of key technologies that make possible things that weren’t possible before. One of them is GPS, which was a core enabler for location-based services. The widespread availability of imagery is another enabler for location-based services. The advent of crowd sourcing is another enabler. And then the ability to deal with very large data sets.

We collect such a massive amount of imagery that it is impractical to drop those images on customers and say, “Now you have the IT problem of figuring out how to store, serve, discover, and display the imagery.” Rather, we provided tools to enable our customers to make use of our imagery. Not long ago, we launched My DigitalGlobe, which is a way that we provide standard tools and the ability to browse, discover, customize, and consume imagery, without you having to have your own massive data center to do it. You just connect over the Web, we take care of all that and you have what is essentially a set of open standard Web interfaces that give you access to DigitalGlobe’s content.

S&S: Do you have any final comments?

Scott: I want to go back to your first question— what my background has enabled me to do. In starting DigitalGlobe, one of the core ideas was that satellite imagery had been an important part, during the Cold War, of enabling people to act on the basis of facts and not on the basis of fears. It is very rewarding for me, 20 years later, that the ecosystem of producers and consumers of imagery and geospatial information is taking advantage of that and that, in the words of our purpose statement, we are enabling people to see a better world.