Archaeologist Explains UAV Use at Fifa for Site Documentation, Monitoring

The use of unmanned aerial vehicles — drones — to document and monitor a ravaged landscape on the Dead Sea Plain in Jordan for the past three years reveals that looting continues at the site, though at a measurably reduced pace, according to a DePaul University archaeologist. “Drones are proving to be powerful new tools

New to the Archaeologist’s Tool Kit: The Drone

Archaeologists around the world, who have long relied on the classic tools of their profession, like the trowel and the plumb bob, are now turning to the modern technology of drones to defend and explore endangered sites. And perhaps nowhere is the shift happening as swiftly as in Peru, where Dr. Castillo has created a

A team from the University of Leicester is about to investigate the potential for drones in the advancement of our understanding of heritage landscapes. Using novel Ground Penetrating Radar (GPR) techniques from the platform of a UAV, researchers hope to investigate previously inaccessible sites in a bid to better understand them and to explore the 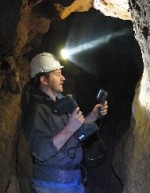 3D Laser Mapping has announced the latest in a series of free, application specific workshops designed to promote a new range of innovative, hand-held 3D laser scanners. Aimed at potential users of the Mantis Vision imager from within the Archaeological and Heritage sectors, the workshop will take place on the 14 March, 2013 at the

On 20 September 2012, MOLA (Museum of London Archaeology) and FIND launch a new online heritage assessment service for Great Britain, available at HeritageRisk.co.uk. The online and tablet friendly service, offers planners, developers and surveyors the opportunity to order bespoke heritage and archaeology risk assessment reports, simply by selecting the area of a site on

‘Space Archeologist’ Uses Satellites to Peer into the Past

Some of us never outgrow that desire to seek out and explore ancient ruins. And, as it turns out, much of the ancient world remains unexplored and undiscovered. I am a “space archaeologist,” a new subfield of archaeology where satellite imagery is used to map and locate ancient archaeological sites and features across the globe.