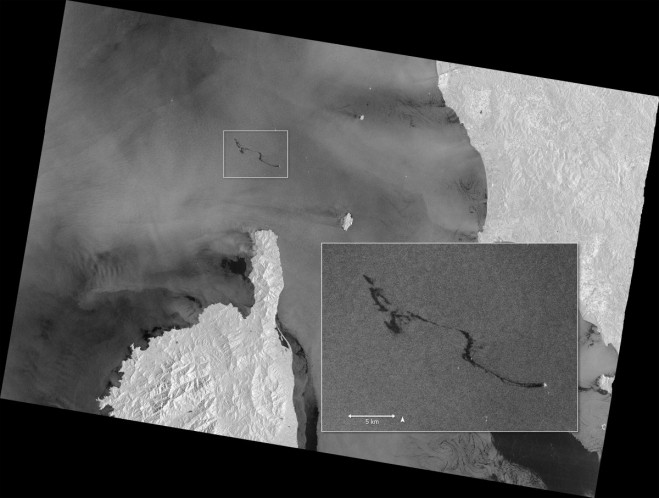 On Oct. 7, 2018, a Tunisian cargo ship is reported to have struck the hull of a Cypriot container ship in waters north of the French island of Corsica. There were no casualties, but the collision caused a fuel leak that resulted in an oil slick about 20 kilometers long. Although the collision occurred in French waters, the cleanup operation is part of a joint pact between France, Italy and Monaco to address pollution accidents in the Mediterranean.

This image of the slick, which can be seen as a dark patch north of the tip of Corsica, was captured by the Sentinel-1A satellite built for the European Commission’s Copernicus environmental monitoring program.