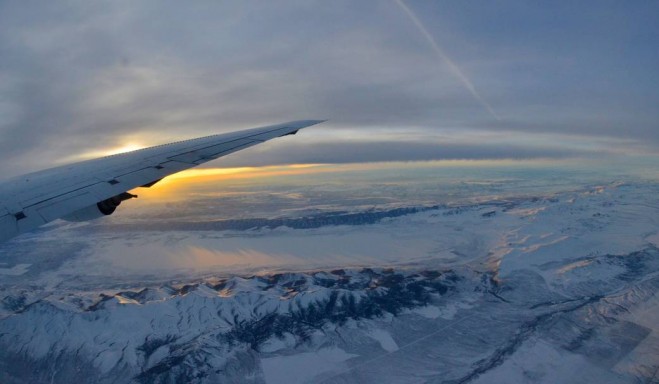 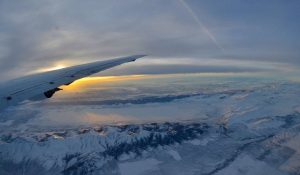 Developers of the CO2 Sounder Lidar snapped this photo during a field campaign over California and Nevada earlier in 2016. (Credit: NASA)

NASA scientists and engineers are field testing the CO2 Sounder LiDAR, an instrument powerful and accurate enough to gather around-the-clock global atmospheric carbon-dioxide (CO2) measurements from space. The instrument is a strong contender for a potential next-generation carbon-monitoring mission, the Active Sensing of CO2 Emissions over Nights, Days and Seasons (ASCENDS).

The LiDAR operates by bouncing an infrared laser light off Earth’s surface. Like all atmospheric gases, carbon dioxide absorbs light in narrow wavelength bands. By tuning the laser to the infrared, scientists can detect and then analyze the level of carbon dioxide in that vertical path. The more gas along the light’s path, the deeper the absorption lines.

The latest instrument is equipped with the world’s first solid-state detector that’s highly sensitive to the near- and mid-infrared wavelengths—a spectral sweet spot for detecting greenhouse gases in Earth’s atmosphere.

“It took 10 seconds to accumulate enough light to make a measurement in our 2013 campaign,” said Anand Ramanathan, an instrument-development team member. “In 2016, it took just one second.”