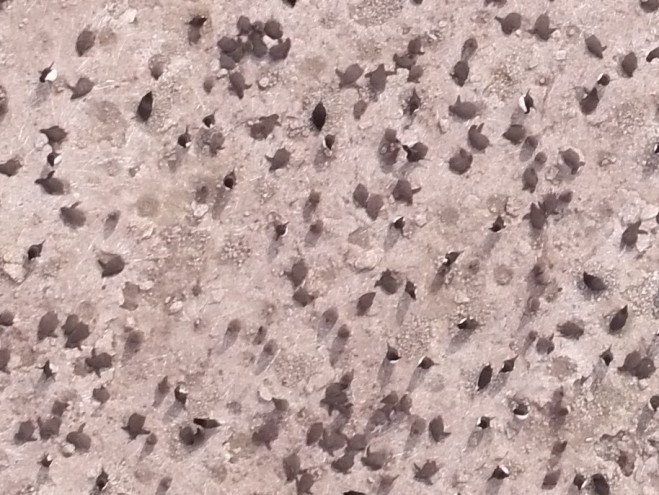 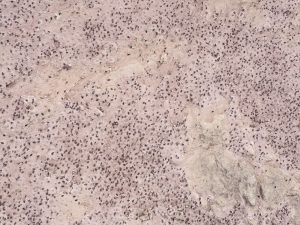 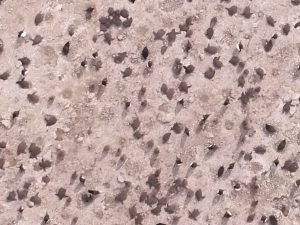 A drone image was taken during a survey to count chicks (the gray, fluffy penguins) in mid-January 2021. One image shows the raw image from the drone, and the other is zoomed in on the same image to show the view when training the counting model. (Credit: Point Blue)

One of the largest Adélie penguin colonies in the world was surveyed with multiple-UAVs. Survey time was reduced from three days (with a single drone manually piloted) to less than three hours. The work was led by a team of experts from Stanford University, Point Blue Conservation Science and Conservation Metrics.

UgCS software by SPH Engineering was used to develop a system to autonomously survey. Thousands of high-resolution images were taken on each survey, and an AI model (Conservation Metrics) is under development that will automatically identify and count adult penguins and their chicks.

“Using UgCS with a custom route-planning algorithm (Stanford), our team efficiently photographed over 300,000 breeding pairs of penguins at Cape Crozier, Antarctica,” explained Annie Schmidt, a researcher at Point Blue Conservation Science. “Ultimately, these surveys will contribute to large-scale assessments of penguin populations and breeding success, key metrics for monitoring the health of the Antarctic marine ecosystem.”