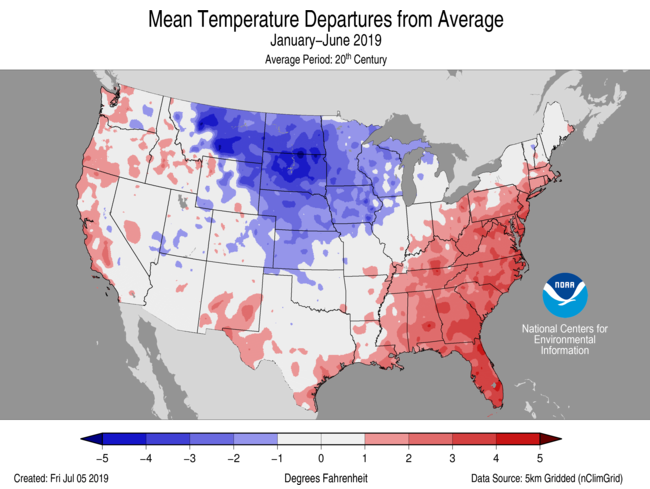 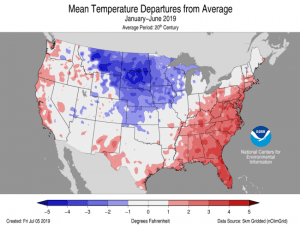 A new “State of the Climate” report released on Aug. 12, 2019, by the American Meteorological Society (AMS) confirms that 2018 was one of the hottest years on record. Global surface temperatures continued the trend in which every year since the turn of the 21st century has been hotter than any year experienced in the 20th century.

State of the Climate puts a peer-reviewed stamp on the evidence that 2018 was one of the four warmest of 137 years of recordkeeping. Only the three record-setting years of 2015-2017 were warmer.

The report is a widely cited documentation of the major events in climate. A comprehensive analysis of sources and varied means of tracking global and regional climate that show that trends are consistent with a warming planet. The annual supplement to the Bulletin of the American Meteorological Society is compiled by NOAA’s National Centers for Environmental Information and is based on contributions from hundreds of scientists from around the world. “AMS is happy to once again partner with NOAA on the creation and dissemination of this critically important annual assessment,” said AMS Executive Director Keith Seitter.

The indicators range across the year’s notable weather events in every region as well as conditions in lakes and oceans and from beneath the land surface into the upper reaches of the atmosphere. The sources of data encompass nearly the entire suite of global environmental observing instruments—on land, water, ice, in the atmosphere, and in space.

The report states that the combined direct warming influence of greenhouse gases in the atmosphere is now nearly 43% stronger than in 1990. Notably, global carbon dioxide concentrations rose during 2018 to a record 407.4 parts per million. The prevalence of other major greenhouse gases, such as methane and nitrous oxide, also increased.

One global indicator of this continued warming is the ongoing shrinkage of glaciers. As of 2018, the world’s glaciers have collectively lost mass 30 years in a row.