A Data Commons for Spatio-Temporal Knowledge About Our World

Now that we’ve achieved near global digital spatial data coverage, with a number of online tools to explore the world, it’s time to add to that data with further understanding. One tool to take on this challenge is MapStory, a new data commons to store and explore details about our world that adds a time

Over the past year, there has been a great deal of work on the integration of ERDAS and Intergraph software offerings to make a more complete geospatial platform. Matt Ball recently spoke with Mladen Stojic, Vice President – Geospatial at Intergraph, about this ongoing work and the long-term vision. As you’ll read, the focus is

Recently the University of British Columbia unveiled a decision theatre, an interactive and immersive computer visualization lab for collaborative advancement of landscape planning. Special correspondent Matteo Luccio spoke with Stephen R.J. Sheppard, the project lead and professor in the Department of Forest Resources Management at the University of British Columbia, Canada. Sheppard is also the

A Global Perspective of Energy – Through Spatial Understanding

Energy is a key issue around the globe to today and Geoff Zeiss of Autodesk is no stranger to utilities and infrastructure. He has been writing extensively about energy related matters on his excellent blog ‘Between the Poles’, presenting many pieces in the global energy puzzle. Through his work at Autodesk, Geoff also has global

Exploring the Future of GeoDesign

Stephen Ervin, lecturer in Landscape Architecture and Assistant Dean for Information Technology at the Graduate School of Design at Harvard University gave the closing talk at the recent GeoDesign Summit. Ervin examined both the near and far future of geodesign in that talk (viewable online here). V1 editor Matt Ball had a conversation with Ervin

The use of 3D in urban planning, digital cities and 3D city model development is growing rapidly. Planners are interested to connect databases with city information to these 3D visualizations. Esri has been developing the CityEngine software that provides a 3D visualization connection to these databases. 3D Visualization World editor Jeff Thurston recently interviewed Gert 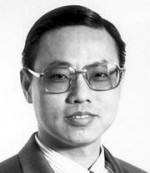 C-NAV is an international surveying and mapping firm that aims to provide high-accuracy GNSS positioning solutions to the offshore and hydrographic surveying community. The company is involved in seismic exploration, land surveying and flood mapping, geotechnical engineering and a host of other applications. Asian Surveying and Mapping editor Jeff Thurston interviewed Ed Danson of C&C Technologies’ C-Nav Division

Gaining Ground on Complexity in our Continuosly Complicating World

Braden Allenby is the author of many books regarding earth system engineering and management, and other issues of sustainability. Allenby has been a pioneer in raising the issues of industrial ecology, and the need to better understand our impacts. V1 editor Matt Ball spoke with Allenby recently at the 2012 GeoDesign Summit where he gave