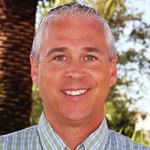 Earth Eye is a relatively new company that has been focused on LiDAR data capture, and the fusion of LiDAR with other sensor information from both an aerial and mobile mapping platform. Their aircraft has three different sensors on it: a LiDAR, a color electro-optical (EO) imager, and a hyperspectral imager. Their vans have 360

Google Has a Strong Start on the Indoor Location Frontier

Google has been very busy mapping the world for the past decade, which is something that has become more apparent every time they add a new Google Maps feature. Chief among the latest advancements is their effort to map interiors as well as to facilitate indoor navigation once you’re inside. Informed Infrastructure editor Matt Ball

Dangermond Answers a Few Questions on the Geoloqi Acquisition

Today, Esri announced the acquisition of Geoloqi, firmly enhancing their mobile development capabilities, and adding a new R&D center in Portland, Oregon. The move is one of a string of recent acquistions that Esri has made to take advantage of their new cloud platform strategy with ArcGIS Online.

The convergence of design tools with the analytics and data aggregation capabilities of GIS is an ongoing process. With Esri’s GeoDesign concept and conference, they have served to provide a springboard for accelerated innovation with dialogue that will frame a new more holistic design practice. Bill Miller, director of GeoDesign Services at Esri, has been 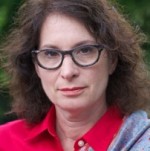 The Eye on Earth (EOE) network has garnered a great deal of praise for providing European environmental data openly and transparently, including kudos around the Rio+20 event in Rio this Spring. EOE started out as a joint project of the European Environment Agency (EEA) and Microsoft. Two individuals formulated the idea: Professor Jacqueline McGlade, Executive

Montana may seem an unlikely place for cutting-edge sensor systems and computational solutions to the big data problem, but there are a cluster of companies with Alex Philp at the helm, that are on the forefront of that problem space. Matt Ball spoke with Philp about GCS Research, Adelos and TerraEchos, as well as the

ArcGIS Online Provides a Platform for Mapping for the Masses

Esri has been framing and working on a cloud platform for GIS for some time that has recently culminated in the launch of ArcGIS Online. Matt Ball corresponded with Jack Dangermond, president and founder of Esri, regarding this move toward Software as a Service (SaaS), and the impacts that it will have on the geospatial

The integrated sensor and systems approach was on full display at Hexagon’s recent conference that combined the technologies and audiences of Intergraph/ERDAS, Leica Geosystems, and the metrology division. The event provided the opportunity for editor Matt Ball to speak with Mark Doherty, CTO of Intergraph’s Security, Government and Infrastructure Division about the ongoing develop of

UrtheCast Promises a Live Video Feed of Earth from Space

UrtheCast is a company created to provide the first live high-definition video feed of Earth from space. Working jointly with Russian aerospace giant RSC Energia, the company is building, launching, installing, and operating two cameras on the Russian module of the International Space Station. Starting next year, video data of the Earth collected by these