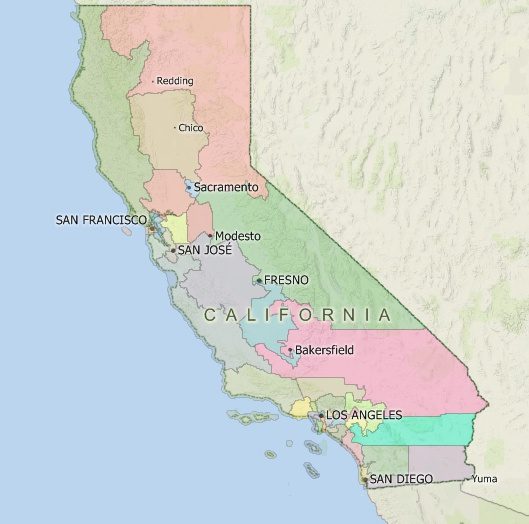 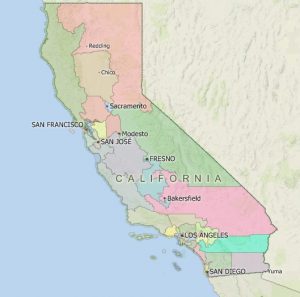 California Citizens Redistricting Commission was tasked with guiding an independent redistricting process that must draw district lines in conformity with strict, nonpartisan rules designed to create districts of relatively equal population that will provide fair representation for all Californians.

Members of the California Citizen’s Redistricting Commission went to Washington, D.C. in July 2017 to accept the Roy and Lila Ash Innovations Award for Public Engagement in Government for its California Redistricting Panel, which used Caliper’s Maptitude for Redistricting to draw its 2012 Congressional and State Legislative boundaries that have been recognized for effectively eliminating gerrymandering.

California citizens recognized the problems associated with gerrymandering in 2008 when they passed Proposition 11, which moved redistricting from the legislature in favor of plans drawn by a citizen panel.

For more information on how California democratized redistricting, visit www.Redistricting.com.