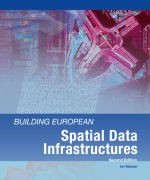 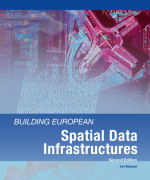 The Europe Union has been actively engaged in spatial data infrastructure (SDI) for many years. Author Ian Masser wrote about the earliest efforts in the first edition of this book. Since that time the EU INSPIRE Directive has come into law and is being implemented across Member states. This book updates the previous work and summarises the current status of SDI across Europe highlighting successes. Many iniatives are under way and the book shares some of the lessons learned and challenges that remain ahead.
The Spatial Turn
Interdiscplinary perspectives
Edited by Barney Warf and Santa Arias
Building European Spatial Data Infrastructures
2nd Edition
Ian Masser

Europe is widely recognised in spatial information communities around the globe because of the many efforts it has made with respect to integrating spatial data. Indeed, much of this work was not even possible before geographic information systems (GIS) and other tools capable of combining spatial information and data relative to location became possible. In Europe this  integration includes both tools and conceptual knowledge and is commonly referred to as spatial data infrastructure (SDI).

This book is the second edition of an earlier book written by author Ian Masser. The European Union passed a formal policy Directive in March of 2007 termed the Infrastructure for Spatial Information Europe (INSPIRE). The earlier edition was more oriented toward the INSPIRE Directive at that time and this edition is primarily oriented toward the implementation of the Directive to Member countries and changes since that time.

At the present time many people in the spatial information industry within Europe are aware of the INSPIRE Directive. Many of them are connected to projects, research and education efforts associated not only with the Directive, but more directly with the implementation of projects at local levels, which in turn are expected to meet the expectations of the Directive in spirit and terms.

This is not a simple matter. Many of these projects and efforts are leaders in their field and lack precise guidelines, although the Directive provides the goals. The  projects are often called ‘Spatial Data Infrastructure’ – or simply SDI. Masser’s book occurs at a time that implementation is taking place in 27 different nations,  each having both national and EU responsibilities.

The first chapter sets the tone and describes the value of spatial information across a number of different industries including saving costs, increasing efficiency,  better safety, more visualisation and so on. The author highlights gains and advantages in box-outs for easy recognition. Masser mentions the ‘SDI phenomenon’ in  reference to the current capacity building exercises ongoing internationally – a good choice of term that more or less describes the current state of affairs at this early time in SDI development.

SDI will be identified by four common components: 1) institutional efforts for delivering spatial information, 2) tasks related to the creation and maintenance of  datasets, 3) procedures for making spatial information accessible and 4) ways for facilitating the strategic development of technology and applications.

Masser points to the benefits of citizen sharing and participation as well. From Finland to Germany to Lithuania, updates are provided for selected EU countries on the cuurrent status of their SDI. As might expected, particularly given that 10 of these countries only joined the EU in 2004, their SDI implementations vary from non-operational to fully operational. Consequently, learning about the different approaches and their level of implementation across Europe is a strong point of this book.  Not all SDI are implemented by national mapping efforts, instead, quite a few are planned and operated through a combination of partner agencies within national governments.

Northern Ireland is highlighted with it’s Geo Hub NI explained and described as an example of excellence. The Dutch GBKN and Spain’s Catalonia SDI are similarly  outlined as good examples for building SDI. Yet, the need and reason for initiatives like INSPIRE are clearly identified – and often easily. The a map of the United European Leveling Net, for example, clearly shows different level heights for sea level across Europe as compared to regional datums and measurement results. Such observations quickly show the reason and value of SDI related work.

It is worth mentioning at this time of heightened environmental awareness globally that INSPIRE finds it’s origins in the principles of environment. The multi-discplinary nature of environmental studies, the kinds of data needed and used for environmental studies and the demand for cross boundary and organisational  coordination are all aligned with the work surrounding INSPIRE. Therefore, this initiative could be viewed as a stepping stone toward a wider global approach based on the lessons learned.

Today SDI can be seen as a combination of agencies and partners, each offering unique and valuable contributions toward the whole. As Masser points out, attention has turned toward the processes that support SDI rather than the building of a framework and filling it. Different participates engage SDI based on different needs and come with different resources. Consequently how, where, when and why they participate fluctuate, although remaining oriented toward the Directive goals.

‘Building European Spatial Data Infrastructures’ is one of few books available that provides a quick and easy means to understand European SDI. It cuts through overly complicated and complex bureaucratic sources of information to provide the basic information for learning about INSPIRE and European SDI. Although INSPIRE has been passed into legislation since 2007, the level of implementation across the EU varies widely. This book summarises the current state of affairs, while remaining on track to the spirit of the SDI goals. If you want to know about European SDI then this book is an important one to read. I look forward to the next edition as more SDI continue to change.

Jeff Thurston is co-founder and co-editor of V1 Magazine / Asian Surveying and Mapping for Vector1 Media. He is based in Berlin.