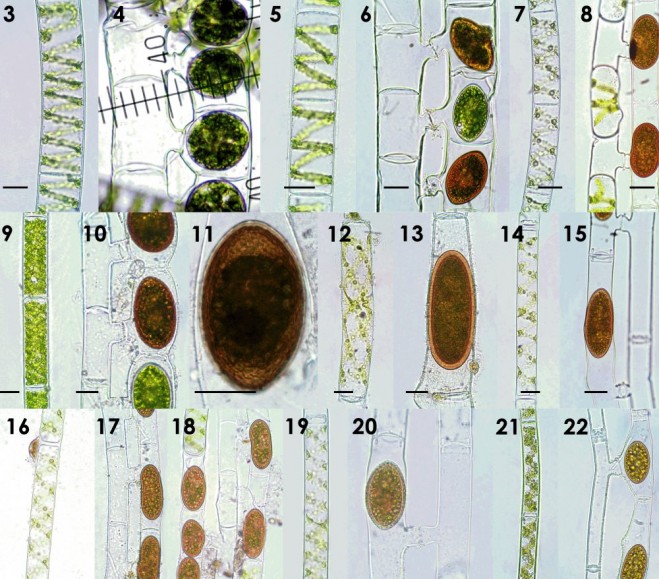 More than 500 Spirogyra samples from 61 sites at varying water depths were examined to identify taxonomy, species richness and distribution throughout the freshwater system. The researchers also measured water temperature, conductivity and pH of the sites when available. All samples were examined within of 3 to 4 days of collection, and photographs were taken of each specimen.

Eastern Siberia is home to the world’s deepest and most ancient freshwater ecosystem, Lake Baikal. This lake and its surrounding tributaries are one of the largest sources of pure drinking water in the world, containing some of the most diverse and unique organisms. Recent biological changes are causing a major shift in the composition of this system, which could have global ramifications. According to David Garbary, editor of Phycologia, “this is one of the most important freshwater systems in the world, and it is undergoing major changes as a consequence of climate change, industrial pollution and eutrophication.”

One of the most recognizable shifts affecting Lake Baikal is the rapidly increasing number of Spirogyra, a diverse form of algae. Researchers from the Limnologiceskij institut SO RAN, Irkutsk, Russian Federation, recently conducted a study published in the current issue of Phycologia. The study reports the first data on the growing population of Spirogyra found in and around Lake Baikal and its tributaries.