Climate change is already affecting the UK’s wildlife calendar, and it’s likely this will continue into the future, according to new research published in the journal Nature. The results suggest that seasonal events – such as the timing of flowering in plants and bird breeding behaviour – are generally more sensitive to temperature change, than

Further understanding the links and interactions between the Brazilian Amazon rainforest and the world’s climate is the focus of a major new research programme, funded by the Newton Fund The three-year £4-million program, known as Climate Science for Service Partnership (CSSP) Brazil, will bring together scientific researchers and organisations from the UK and Brazil, in 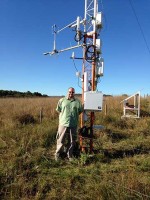 A University of Bristol project which will investigate soil moisture dynamics in the UK using novel cosmic-ray technology has been awarded £330,000 funding from the Natural Environment Research Council (NERC).

The FME World Tour is Coming to a Town Near You

1Spatial is pleased to announce that registration is open for their official FME World Tour dates in the UK and Australia.

A web mapping application from specialist British GIS software developer Cadcorp, is playing a central role in helping Royal Berkshire Fire and Rescue Service (RBFRS) develop a high level of risk knowledge. The intranet-based application has been made available to all employees including those in Fire Safety and Community Safety and at each of the

In order to address visitor demands and exhibitor expectations, the popular annual event will now be held on the 07 March 2013 at the Reebok Stadium, Bolton as well as from the 01-02 May at the Holiday Inn, London Elstree. While offering greater geographical diversity, GEO-North and GEO-South will continue to offer the complete exhibition

The GeoInformation Group announces the first release of its land use reference database for the United Kingdom. This unique and comprehensive National Land Use Map identifies the location and the extent of 26 different land use categories throughout England, Scotland, Wales and Northern Ireland. It is the only current map of its kind enabling planners

Bolton Council is providing a fast, efficient same-day property search facility, with each search guaranteed for seven years. The service has led to a significant boost to council revenues. Bolton Council holds data for over 132,000 properties and provides this service to solicitors, Property Search Portals and Independent Property Search Companies.

The creator of the World Wide Web is backing a UK institute that will advise on how to make the most of government data. Sir Tim Berners-Lee will co-direct the Open Data Institute (ODI) that aims to open its doors in September. The ODI will study the best ways to exploit the growing amounts of