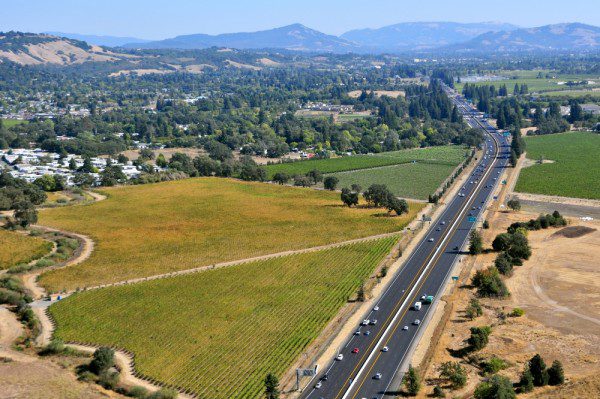 With forests and farmland, mountains and desert and almost 900 miles of scenic coastline, California’s vast terrain is both dramatic and varied.

The newly published “Ecosystems of California” (UC Press, 2016) provides a comprehensive synthesis of this biologically diverse state examining its myriad landscapes through multiple lenses: past and present, flora and fauna, aquatic and terrestrial, natural and managed.

A dozen researchers from UC Santa Barbara contributed to the 1,000-page volume, providing chapters that evaluate natural processes for a specific ecosystem, describe drivers of change and discuss how that ecosystem may be altered in the future. The chapters explicitly incorporate both human impacts and conservation and restoration efforts, and show how ecosystems support human life.

“This is a landmark volume in a lot of ways,” said environmental historian Peter Alagona, an associate professor of environmental studies and history at UCSB, who contributed a chapter on population and land use.

“Our chapter emphasizes that while California has the largest population of any state in the country, it also has the most urban population as of the 2010 census,” Alagona added. “Even though we have this enormous population, California still has vast wild lands and open space areas. As matter of fact, we have the most area of protected wilderness in the nation other than Alaska. This creates challenges and opportunities.”

The book explores the drivers of California’s ecological patterns and the history of the state’s various ecosystems and outlines the challenges of climate change and invasive species, as well as opportunities for regulation and stewardship that could affect the state’s ecosystems.

“Our chapter on sandy beaches is probably the first time that all this material for California has been pulled together in one place,” said Jenifer Dugan, an associate research biologist in UCSB’s Marine Science Institute (MSI) who collaborated with MSI colleague David Hubbard. “We put together the ecology as well as some of the environmental driving factors and human activities that affect these vulnerable coastal ecosystems. One valuable recurring theme throughout the book is the identification of threats and the conservation opportunities being used to address them.”

“Not only does the book pull together many different facets of the conservation angle, it also incorporates historical perspectives,” said Carol Blanchette, the associate research biologist at MSI who co-authored the chapter on rocky intertidal ecosystems. “California is really where rocky intertidal ecology was born, and we discuss the early work of Ed Ricketts done along the Monterey shoreline and made famous by John Steinbeck in ‘Cannery Row.’”

Edited by Hal Mooney of Stanford University and Erika Zavaleta of UC Santa Cruz, “Ecosystems of California” has been 10 years in the making. According to Zavaleta, the original plan was for a 20-chapter volume. “In the end, the book doubled in scope with 149 contributors in total, and I think it’s a better product for it,” she said.

“We have three target audiences — first and foremost, students and people who want to learn about California ecology, conservation and history,” Zavaleta continued. “But it’s also for the scientific community since it provides a comprehensive synthesis of what we know — and don’t know — about these ecosystems. And last but not least, it’s a resource and reference for managers and conservation practitioners as well as nonprofits and agencies that manage, set priorities and plan for conservation of systems.”

Additional UCSB authors include Tanya Atwater, a professor emeritus in the Department of Earth Science; Scott Cooper and John Melack, professors in the Department of Ecology, Evolution and Marine Biology; Frank Davis, director of UCSB’s National Center for Ecological Analysis and Synthesis and a professor at the Bren School of Environmental Science & Management; research biologists John Engle, Milton Love and Dan Reed of the Marine Science Institute; and Claudia Tyler of the Institute for Computational Earth System Science. Several graduate students also contributed.