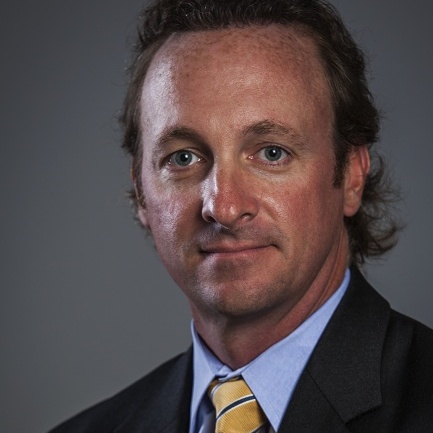 TerraGo has provided one of the easier to use geospatial toolsets that has seen widespread adoption, particularly in the field and for the warfighter with their GeoPDF and mobile tools. Recently there have been some leadership changes, and a move of the company’s headquarters. Sensors & Systems (S&S) editor Matt Ball spoke with Chris Broderick, the company’s new CEO, about the tools, the geospatial market and the focus on new opportunities that is underway.

S&S: You have been at TerraGo for less than a month at this point, and the company headquarters are moving to the Washington, D.C. area. What are some advantages that have led to that change?

Broderick: Our board of directors made the location decision because the TerraGo’ business today is predominantly defined by federal government customers, and they like to be in close proximity to their vendors, particularly those vendors they find important. So, having a location that helps us better serve and collaborate with our largest customer base makes a lot of sense for the company.

S&S: You come into the geospatial community with certainly a background in software and solutions, but not necessarily geospatial exposure, is that right?

Broderick: I think that’s exactly right. I have no deep vocational experience in the GIS space. But, as you’ve pointed out, I’ve spent the majority of my career in the software space, working with both small innovators and larger software companies. I spent quite a bit of time with Computer Associates, with their storage management business. I went on to work with a small company that was focused on high-end security solutions for the federal government (the PKI space). Then, most recently, I was with a firm that was in the mobility space.

While those things might not seem to have a common thematic through them, they were all software businesses. There are a lot of things that make them similar.

S&S: With the data management and mobility experience, there seem to be elements that mesh with TerraGo’s offerings. I think of TerraGo’s primary benefit as being a mobile ease of use tool.

Broderick: I think that’s right. If you look at the core of what TerraGo does really well today, it provides the ability to consume and interact with geospatial information, and the way that we do it has a high degree of portability. We also operate in places where devices have low bandwidth or in areas where communication isn’t possible.

That portability of distribution of information is really the secret sauce for TerraGo. We see an opportunity to expand this idea to more devices and peripherals, and making the information easier to interact with. Both the public sector and private sector have become comfortable with this idea of portability that the company has already perfected.

S&S: You’ve moved into the analysis of information in terms of Geosemble, and the ability to ingest large amounts of data. Is the idea to better inform the context of location?

Broderick: If you look at the way that people have come to appreciate access to information, a lot has changed recently. If you think about the ways that individuals interact with their systems, they want simplicity and are comfortable interacting with disparate data sources. As a consumer, we don’t care where information comes from, we just want it aggregated in a way that makes sense.

The idea of taking portable geospatial information coupled with the the ability to overlay other types of information in the context of location is powerful. Those sources are social media, public media, government information, and others, and all being presented in context in an area of interest. This is a natural progression of systems and services that both enterprises and consumers are coming to expect.

S&S: You’ve come to the company at an interesting time, with a nice foundation of recently raised funds, but also at a time when the government is cutting back, with large impacts to companies in the geospatial space. What has the impact of the sequestration been, and is there a logical response to it?

Broderick: The biggest impact that the sequestration has is the uncertainty with our biggest buyer. The breakdown of government and non-government customers is heavily biased toward government. The sequestration creates a lot of confusion with our customers, they don’t know what it means and how long it will last, and it creates paralysis where they are unable to make commitments into the future. The window of thinking has narrowed down to the now.

On the other side, you can say that the government does not appear to be willing to pare back the tools that support the warfighter and citizens that are abroad. Where we fit, related to the systems and the way that government customers use our software, is high in that priority stack.

We intend to identify and establish commercial markets that can lessen our dependence on the government over time. We have had some success in the oil and gas and utility business. We see other repeatable markets, similar to the needs of the government, to provide this portable ability to interact with information in the context of their location.

S&S: Some of the markets you’ve mentioned are largely asset management markets for geospatial tools. Would there be an intent to further customize your tool to address additional functionality?

S&S: I know that you have a Software Developer Kit (SDK) and other offerings that are geared toward developers or enterprise customers to customize the offering. Would there be solutions tailored toward specific markets that you develop yourselves or is that a third party that is doing that kind of thing?

Broderick: The trick of any successful software company is to be able to scale by solving problems that large numbers of organizations face. What we need are products and solutions that can be geared to a large number of vertical markets while maintaining a core set of intellectual property along the way.

We don’t want to create a bunch of one-off solutions that go after narrow markets. That’s really why the SDK is important for us, because there are other companies that have the expertise to service specific verticals. It’s ideal for us to embed our technology into a broader technology or service that they provide. We do that today, and we’ll continue to do that in the future.

Where we want to go is to have products that are broadly applicable, that can be sold at volume, and that can be implemented across a variety of use cases that address a broad set of verticals. We want to scale.

S&S: There are so many potentially disruptive technologies for geospatial businesses that are on the cusp of entering more mainstream use, such as wearable computers (Google Glass) and widespread use of UAVs, among others. Are these opportunities, but also a reason to tread cautiously on where you place your research and development dollars?

Broderick: The accelerated pace of innovation is quite astounding if you take a step back. The frequency of innovation, and the associated low cost barrier to entry to create technologies have put enterprises in a position where they have to react much faster than they used to. The reality is that technology that you implement today could be close to irrelevant in a short period of time.

The byproduct to that is that the buyer dynamic has changed. The company that has really changed the way that people buy technology is Apple. They have conditioned buyers of information technology to measure its value in terms of ease of use, ease of deployment and convenience of purchase.

One of the things you don’t get when you buy an Apple product these days is a manual, because you don’t need one. It’s so simple and intuitive that it doesn’t require instructions to operate. I would argue that this has changed the way the enterprise environment thinks about technology purchase as well, because those people that make buying decisions for their home are also making decisions for what gets deployed at work.

What I think is happening in the GIS space is that innovation hasn’t kept pace with other industries and other verticals, and it’s why I like the opportunity so much. There are lots of opportunities to increase the pace of innovation, the simplicity of experience for the end user, and create markets that may not exist today.

There are several areas of potential disruption that we’re focused on. We’re still developing our approach as we’re in the early days of thinking about the future, and prioritizing the investments that we’re going to make. We’re considering several of these disruptions, and will need to circle back with our plans when our ideas are more fully baked.

S&S: Are you comfortable discussing some of the areas where geospatial technology hasn’t been as innovative as other verticals?

Broderick: What has become obvious in the short time that I’ve been immersed in this space is that there’s an overall move toward the democratization of GIS. It’s something that I’ve heard, and as I’ve paid attention to what our customers are asking for, this idea of democratization seems to be real.

What that means for the technology, the systems, etc., is really disruptive. You have a core set of tools that have been historically used for creation that are being pressured to simplify the experience and open them up, which is creating an opportunity for new players to fill that gap.

S&S: TerraGo is interesting, because you’ve been both a long tail company in terms of getting this data into the hands of a lot of people, as well as selling to just a few large organizations that have a lot of people. Is part of the plan going forward to get in front of many more companies or to find more large organizations with a large workforce with similar needs to your existing large customers?

Broderick: I would say that the business model for TerraGo has been to focus on the individuals within organizations that make maps. The individuals and organizations that make maps have been public sector organizations or near public sector. I think that’s changing a lot, and where we want to focus is on the consumers of geospatial information. If you look across the space, and look across what is available in the hands of the consumer of geospatial information and geospatial services, it’s a relatively underserved market, particularly with the capability to do that in a disconnected way.