A New Era of Space Collaboration Between Australia and U.S.

June 18, 2015 — On June 18, 2015 in Canberra, Australia, the U.S. Geological Survey and Geoscience Australia signed a comprehensive new partnership to maximize land remote sensing operations and data that can help to address issues of national and international significance.

SANTA CRUZ, Calif., May 22, 2015 — Three new sets of maps detail the offshore bathymetry, habitats, geology and submarine environment of the seafloor off the coast of San Francisco, Drakes Bay, and Tomales Point.

May 19, 2015 — The U.S. Geological Survey National Geospatial Program is developing the 3D Elevation Program (3DEP) to respond to growing needs for high-quality topographic data and for a wide range of other three-dimensional (3D) representations of the Nation’s natural and constructed features.

April 20, 2015 — The fourth volume of the comprehensive history of the U.S. Geological Survey, Minerals, Lands, and Geology for the Common Defence and General Welfare: Volume 4, 1939‒1961, has been issued as an electronic document.

Do You Like to Map? Take the Mapping Challenge!

April 16, 2015 — Volunteer citizen-mappers continue to make significant contributions to the USGS ability to provide accurate mapping information to the public. Recently, volunteers were asked to update all of the law enforcement structure points in Tennessee. The volunteers answered the call and added, verified, edited, or deleted an amazing 440 points!

March 25, 2015 (Washington, DC) — Momentum is growing for the National Surveying and Mapping Conference as USGS joins a burgeoning, information-packed program.

March 13, 2015 — U.S. Geological Survey scientist Dr. Roger Sayre was honored with the annual Making A Difference Award at the ESRI Federal Users Conference in Washington, DC, on February 9, 2015. The award recognized Sayre’s vision and leadership in recent collaboration between the USGS and ESRI to produce a new map of global 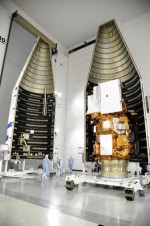 NASA, in partnership with the U.S. Geological Survey, will launch the Nation’s next Earth-observing satellite from Vandenberg Air Force Base in California on February 11. Currently known as NASA’s Landsat Data Continuity Mission (LDCM), the satellite will be renamed Landsat 8 after three months of extensive testing.  Operational control will then be transferred to USGS.

According to a new technical report, the effects of climate change will continue to threaten the health and vitality of U.S. coastal communities’ social, economic and natural systems. The report, Coastal Impacts, Adaptation, and Vulnerabilities: a technical input to the 2013 National Climate Assessment, authored by leading scientists and experts, emphasizes the need for increased coordination