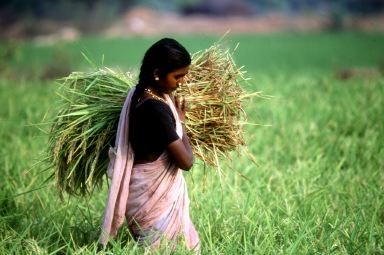 Access to information and its timely analysis for better decision making and management is fulfilled today by information technologies in ways that were not effective or economical a decade ago. Geospatial technologies such as GIS and remote sensing provide computer-based decision tools for integrated modeling assessment. This can cover both spatial and non-spatial regional deterministic and probabilistic risk assessment frameworks for environmental change management.

Access to information and its timely analysis for better decision making and management is fulfilled today by information technologies in ways that were not effective or economical a decade ago. Geospatial technologies such as GIS and remote sensing provide computer-based decision tools for integrated modeling assessment. This can cover both spatial and non-spatial regional deterministic and probabilistic risk assessment frameworks for environmental change management.

These studies focused on the analysis and bio-physical modeling of ‘human-land-water’ lineages and impact studies for improved livelihood and policy implementation at the regional scale. The end objective was to build capability and capacity through the development of an integrated management system by integrating science with policy and policy with science.

The state of Andhra Pradesh in India has historically been severely affected by drought. The periodic failure of monsoons has had a fatal affect on the state’s sizable agriculture sector and the large share of the population dependent on agriculture for livelihood. The state has many ongoing programs on drought and watershed management. The World Bank wanted to compliment these efforts of the state government by assessing the economic and fiscal implications of drought, based on potential climate change and risk mitigation scenarios.

The objectives of this study included developing a robust analytical framework for simulating the long-term impact of drought at the micro (drought-prone areas) and macro (state) levels; conducting a quantitative probabilistic risk assessment of the impact of drought under different scenarios; and assisting the state government in the development of a forward-looking and anticipatory strategy for adapting to frequent drought events and conditions of water deficit.

In addition to the macro-economic and drought management scenarios, the development of the modeling framework was also aimed at assessing the possible increase in frequency and severity of droughts that may occur due to human-induced climate change, such as global warming.

The methodology for undertaking this study included developing a probabilistic drought risk assessment model that included hazard, vulnerability and economic modules. These are shown in the flowchart below.

•    The hazard module included stochastic events (those events based on probability of seemingly random data) from the characteristics of historical events using simulation techniques. The probabilistic drought risk model in the form of a weather generator was used to further analyze and quantify the impact of potential future drought in the state, and to compute direct losses including probable maximum and average annual losses.
•    The vulnerability module helped quantify the damage caused to each crops due to weather hazard. The agro-meteorological model was used to analyze the impact of drought on crops. Analysis included daily time step weather, rainfall distribution and intensity and also deficiencies in surface and sub-surface water supplies and soil moisture.
•    Macroeconomic and financial modules were developed to assess the impact on various sectors of the state economy, and the fiscal implications to the state budget. This module also included suggestions on cost-effective risk financing and risk transfer arrangements.

The probabilistic drought risk assessment model ensured accurate and extensive drought risk assessment with statistical outputs, such as average annual loss (AAL), and loss exceedance curve (LEC) calculations. It provided a powerful tool for RMSI and the World Bank to investigate the impact of risk coping strategies and climate scenarios on crop yield and production in each block of the drought-prone districts. The bar graph below depicts the Average Annual Loss (AAL) of production value as a percentage of normal year for each of the selected eight districts and also shows the consolidated Annual Average Loss for all districts.

The probabilistic drought risk assessment model was calibrated using local experience in management practices and crop phenology in the selected districts. Its validation proved extremely successful for the five major crops grown in these districts, those being paddy, corn, sorghum, sunflower and groundnut. The crop yield validation for select crops in Ananthpur district of Andhra Pradesh is shown in the bar graph below.

Drought generates significant indirect losses, as compared to the more obvious direct losses in crop production. These indirect losses, such as the flow of goods and services, and employment, were estimated through a macro-econometric program, and an input–output analysis. A critical task was to link drought risk analysis at the micro level for the selected districts to the state-wise macro-economic analysis.

A prototype macro-econometric model was developed to explain how the variability of the value of crop production in the selected districts impacts the variability of the state gross value added (GVA) in the main economic sectors of Andhra Pradesh. The input–output model, the first ever developed for Andhra Pradesh, was used to provide details of the linkages between the different sectors (such as crop production) and sub-sectors (such as employment) of the economy.

Unlike rapid-onset disasters such as hurricanes or earthquakes, droughts normally lack highly visible impacts. Instead, their impacts are generally nonstructural and spread over long periods and large areas. Therefore, though the World Bank-RMSI approach broadly followed the general catastrophe risk-modeling framework used for assessing the impacts of rapid-onset disasters (cyclones, floods, etc.), it was customized to be applicable for slow-onset events.

Nearly two-third of India’s population live in rural areas and are highly dependent on climate-sensitive sectors, such as rain-fed agriculture, forestry, and fisheries. All of these sectors are highly vulnerable to current climatic variability, particularly floods and droughts. Moreover, agriculture represents a core part of the Indian economy, and provides food and livelihood activities to a major portion of the Indian population.

While the magnitude of the impact of climate change varies by region and industry, climate change generally has a high impact on agricultural productivity and shifting crop patterns.

The overall objective of this study was to assess the impact of climate change, which in turn helped determine:

1.    How is the climate expected to change at the regional level
2.    What will be the projected impact of increased climate variability and climate change on the water and agriculture resources
3.    How can we better identify vulnerable regions to climate-induced changes in water resources and its impact on agricultural crops?

The study was carried out for three regions of India: The Pennar basin in Andhra Pradesh, the Lower Mahanadi basin in Orissa, and the Godavari basin in Maharashgra.

An Integrated Modeling System (IMS) was developed to establish functional links between the water and agriculture resources. The resulting system architecture of the IMS is depicted in the figure below.

The modeling framework used in this study established and identified links between these components. These included database and models that were designed to facilitate water resources and crop modeling under climate variability and climate change scenarios. The baseline and future climate scenarios from the Third Generation Regional Climate Model were used as inputs to both hydrological and crop simulation models.

A range of emissions scenarios were developed in the Intergovernmental Panel on Climate Change (IPCC) Special Report on Emission Scenarios (SRES). These reflected a wide range of the main demographic, technological and economic driving forces of future emissions. The future climate was projected for the years 2071 through 2100 for IPCC SRES A2 and B2 scenarios ( A2 and B2 represent high and low-level emission scenarios respectively for the region in which India lies).

Results of the Pennar region revealed that the mean annual flows in the river system would increase by 8% in A2 scenarios and 4% in B2 scenarios. The increase in evapotranspiration losses were found to be about 10% in a A2 scenario and 12% in the B2 scenario.

Three rain-fed crops (Groundnut, Jowar, Sunflower) show decreased yields under A2, whereas the low emission scenario of B2 seemed to be relatively better than A2. The high-level scenario decrease was significant for groundnut 38%, dropping to 20% for B2 (as shown in the figure below). Rice, being an irrigated crop, showed a decrease in yield of 15% and 7% for A2 and B2 respectively. The decrease in yields were mainly due to further increase in temperature under probable climate change scenarios, as has also been observed in experiments.

The modeling framework developed by RMSI was biophysical in nature, and provided adequate predictions of the observed/current cropping mix. It is believed this framework can be ported to other areas with and without modifications.

Geospatial technologies have once again proven to be indispensable tools to manage natural disasters, as evident by the case studies presented. Dynamic slow-onset events such as climate change and global warming prompted the World Bank to invest in this innovative combination of information technologies and geospatial technologies, that with science and engineering combine to provide a new and effective decision support system for managing tomorrow’s disasters.