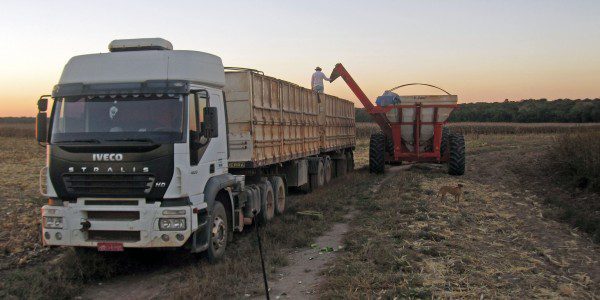 Agricultural expansion in Brazil’s Cerrado is quickly chewing up rainforests and savannas – even altering the region’s water cycle, a new study finds.

The study shows that dramatic deforestation levels, previously seen in the Amazon, have shifted to the neighboring Cerrado, where cropland is rapidly replacing native vegetation.

“This is the first study to show how intense the deforestation and agricultural expansion in the Cerrado has been in the past decade,” says Gillian Galford of the University of Vermont, co-author of the study in Global Change Biology. “It’s clearly a new hotspot for tropical deforestation.”

Using ten years of satellite data, researchers from the University of Vermont, Brown University and Woods Hole Research Center studied land use changes in the Cerrado’s Matopiba region, where the bulk of recent agricultural expansion has occurred.

Researchers used the satellite data to estimate the amount of water from soil and plants that gets recycled back into the atmosphere. In the growing season, cropland recycled roughly equal amounts of water as native vegetation. However, during the dry season, agricultural lands recycled 60 percent less water than native vegetation.

“As agriculture expands, it could affect the rainfall regime that supports both natural vegetation and agricultural production – not just in the Cerrado, but also the Amazon,” says lead author Stephanie Spera of Brown University.

“Timing of rains is a big deal,” adds co-author Jack Mustard of Brown University. “This is nearly all rain-fed agriculture in this region. If you start delaying the onset of rainfall, that has implications for what you can grow.”

These impacts are not necessarily confined to the Cerrado, which is Brazil’s second largest region after the Amazon. That’s because prevailing winds carry Cerrado air masses westward toward the Amazon, and their moisture contributes to rainfall there.

“Half of the rainfall in the Amazon is recycled water,” Spera says. “So a decrease in moisture in those air masses could cause a decrease in rainfall there, too.

If the study has a silver lining, it’s the finding that “double cropping” – the planting of two crops in the same field in a single growing season – can help to mitigate the overall decrease in water recycling.

Double cropping increased from just 2 percent of cropland in 2003 to more than 26 percent in 2013. Without that increase, the reduction of water recycling in croplands would have been as much as 25 percent worse, the study showed.

According to the researchers, policies that encourage double cropping could help to blunt the effect of agricultural expansion on the Cerrado water cycle.

Galford is a researcher in UVM’s Gund Institute and professor in UVM’s Rubenstein School of Environment and Natural Resources. Galford, Spera and Mustard co-authored the study with Michael Coe and Marcia N. Macedo of Woods Hole.