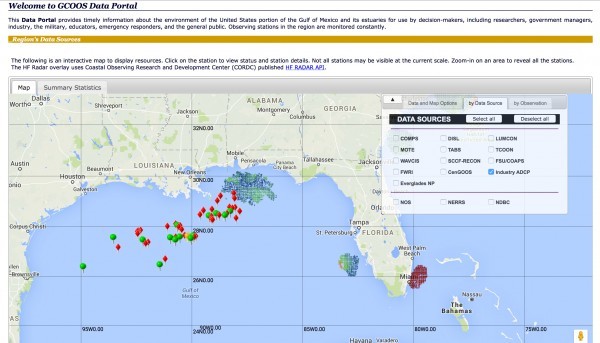 In April, a U.S. District Court approved a $20 billion civil settlement for the deadly 2010 Deepwater Horizon Oil Spill. Now, a new commentary in the peer-reviewed Marine Technology Society Journal is calling for some of those funds to be used to support ocean tools that will aid in the collection of real-time data in the Gulf of Mexico.

The commentary, by the Gulf of Mexico Coastal Ocean Observing System (GCOOS), questions whether an opportunity is being missed to fund needed tools now that a settlement is in place. The Marine Technology Society Journal is the flagship publication of the Marine Technology Society. It publishes the highest caliber, peer-reviewed papers on subjects of interest to the society: marine technology, ocean science, marine policy, and education. The Journal is dedicated to publishing timely special issues on emerging ocean community concerns.

“Now, with a settlement in place, the funds could be available to put the tools in place that we need to aid ocean observations that will help gather real-time information in the Gulf — data that is critical not only so we can be prepared respond to another spill, but that are also essential for us to track things like hurricanes or even help us restore the Gulf after the 2010 spill,” said Dr. Barbara Kirkpatrick, GCOOS Executive Director and corresponding author on the commentary titled Opportunity Lost? Ocean Observing in the Gulf of Mexico. “There are more than 4,000 oil and gas platforms in the region with more leases expected in the future and there are simply not enough tools in place that will allow us to adequately respond to another spill.”

Sustained real- and near-real time observations are essential not only for emergency response operations, but also provide data for longer-term restoration activities and overall scientific understanding in the Gulf of Mexico. Such observations support:

Dr. Jane Lubchencho, former NOAA Administrator, told reporters after the spill: “The ocean observing system is nowhere as comprehensive as would be [preferred]. And it would be extraordinarily valuable in this instance to be able to understand in a more dynamic sense, for example, what the Loop Current is doing beneath the surface and what the flows are at different depths. We have a general understanding, but nowhere near what would be useful.”

In 2011, the Ocean Studies Board established a “Committee on an Ocean Infrastructure Strategy for U.S. Ocean Research in 2030.” Their report called for sustained, continuous time series observations and the need to expand capabilities for autonomous monitoring at a wide range of spatial and temporal scales with greater sensor and platform capabilities. And in their recent report, Charting the Gulf: Analyzing the Gaps in Long-Term Monitoring in the Gulf of Mexico, the Ocean Conservancy noted significant gaps in information offshore and at depth in the Gulf.

“The health and safety of the Gulf of Mexico — and coastal residents — became a common focus for many in the ocean community following the spill,” Kirkpatrick said. “Scientists, government officials, emergency responders, educators, data managers and others came together following the spill to tackle the massive response effort. Now, we need to continue to work together to achieve a larger common vision of protecting and preserving the Gulf. And we just can’t do that without assets in place providing current and accurate data about the Gulf — data which is the essential underpinning of our understanding of the Gulf.”

GCOOS has been working — since before the DWH spill even occurred — to develop and implement an integrated plan for needed ocean observations in the Gulf and, in 2011, released its first version of the Gulf of Mexico Coastal Ocean Observing System Build-Out Plan. The plan was developed with input from 630 individuals representing 297 organizations, and included priorities from more than 90 other regional plans, including the NOAA RESTORE Act Science Program Science Plan and the Gulf Monitoring Network: Monitoring Design.

The Build-Out Plan, a living document that is now in its second iteration, includes some clear priorities:

∙ An expanded network of high-frequency radar assets in the Gulf and Southeast Atlantic — from the 19 stations currently operating to 105 along the Gulf and Southeast Atlantic. HFR is a system of transmitters and radio antenna receivers signal currents and wave heights, leading to better data products in near-real time and improved forecast models. Faster predictions can be vital when coastlines are at risk from hurricanes and oil spills.
∙ Additional autonomous underwater vehicles (AUVs). These underwater robots are equipped with radio and satellite transmitters, can be outfitted with various types of instruments to detect things like harmful algal blooms and oil or other contaminants and can transmit data back to a home base in real-time. Sensors on these platforms were tremendously valuable in locating oil below the surface during the DWH spill and in subsequent tracking of its movement following the explosion.
∙ Better models – improved models are needed, especially for the ecosystem, nearshore, wave action, surf, inundation, circulation, water level and salinity within estuaries and along the coast. Improved models are necessary to support actions that improve coastal resilience.

These components, along with buoys, improved biological and chemical sensors, platforms and other elements of an observing system, would all be integrated through GCOOS.

“There has been much discussion about widespread coordination for Gulf monitoring and observations,” Kirkpatrick said. “But the question remains, will we take action?”