PR – Calling the recent Senate debate over legislation to curb carbon dioxide emissions a “missed opportunity,” the Chairman and CEO of the nation’s largest producer of wind and solar power urged prompt action to address the threat of global climate change in a speech today at the 2008 Florida Summit on Global Climate Change

EEA Reports on Progress in Greenhouse Gas Emissions Reductions in 2006

PR — The State of the Nation’s Ecosystems 2008 report released today by the Heinz Center provides authoritative documentation of key environmental trends. A companion report calls for bold federal and state action to strengthen and integrate the nation’s environmental monitoring.  The State of the Nation’s Ecosystems 2008 shows that the acreage burned every year

PR – The UNFF Secretariat is currently hosting a webforum on “Forests and Biodiversity Conservation, including Protected Areas”. You are invited to participate in this online discussion and share your experiences, lessons learnt or any other element useful for a better understanding of this important issue.

PR – Addressing the global issue of biodiversity loss, participants from all over the world recently gathered in Germany to attend the UN’s Convention of Biological Diversity Conference of Parties. During the conference, data from Earth observation satellites was highlighted as playing a crucial role in the conservation of biological diversity and sustainable development.

PR – GE Energy has signed a carbon sequestration alliance agreement with Schlumberger Carbon Services to accelerate the use of “cleaner coal” technology. 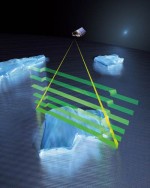 PR — Climate change has become firmly established as an accelerant to many of the factors which have put one in eight of the world’s birds at risk of extinction, today’s publication of the 2008 IUCN Red List of Threatened Speciesä assessment for birds has found.

The UNFF Secretariat is currently hosting a webforum on "Reversing the loss of forest cover, preventing forest degradation in all types of forests and combating desertification, including low forest cover countries". You are invited to participate in this online discussion and share your experiences, lessons learnt or any other element useful for a better understanding

PR – The Energy & Power Systems practice at Frost & Sullivan is pleased to announce its 2008 Quarterly Analyst Briefing Presentation on the North American solar energy market to be held on Thursday, May 15, 2008 at 12:00 p.m. PDT.