The word ‘design’ means different things to different people. Artists often speak about being able to design. Architects are known to communicate quality of life through design, and engineers talk about designing infrastructure including bridges, highways, power plants and so on.  How many surveyors, GIS professionals or remote sensing specialists would raise their hand in

What are some of the ways that geospatial technology helps assess and mitigate risk?

“While we can’t know every issue that leads to a calamitous occurrence, all of the inputs to these events are spatial in nature, and by amassing information and regularly measuring change, we can make significant improvements in reducing loss of property and loss of life.” 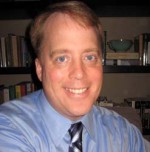 The U.S. Environmental Protection Agency (EPA) has long been a user of geospatial technology, and they’ve created many web-based applications to improve communication with constituents. A new agency-wide initiative for better information management and transparency in now underway, and there are implications for greater integration of sensor and geospatial systems to aid this effort. V1

Do localised GIS and spatially related textbooks for teaching and education matter?

“People understand and relate to issues and problems that are near to them more quickly and effectively. This is particularly the case in Europe. While basic GIS concepts are universal and are needed and applied in a similar fashion around the globe, a case can be made for including local / regional data, spatial issues

"There are an increasing number of demands from various market sectors in response to plans for economic stimulus. Figures have been floated by the incoming Obama administration for $800 billion to be spent on infrastructure, health care, energy efficiency, and other priorities. While there will likely be many opportunities for geospatial work, the question is

The Concept of Ecology Returns to Prominence

Ecology and Environment, Inc. is a publicly traded company founded in 1970 that has been working on sustainability initiatives, and applying GIS technology to these problems, for decades. V1 Editor Matt Ball spoke with Tony Gale, principal consultant, about the company’s use of GIS and geospatially enabled software-as-a-service applications to tackle broad problems, and provide 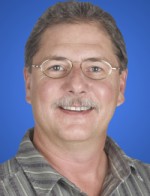 Tasked to Put the “E” Back in ESRI

ESRI, the world leading GIS software vendor, recently announced the addition of an environmental industry manager. Dr. Robin D. Smith has extensive experience conducting and managing environmental investigations, and ecological and human health risk assessments. V1 editor Matt Ball spoke with Smith about the current use of GIS in these areas, and the promise for

What are the differences between North American and European geospatial initiatives and approaches?

Jeff Thurston — “There are both similarities and differences between North American and European geospatial initiatives and approaches. Europe consists of 27 EU member states as well as several non-member states as compared to  Mexico, United States and Canada. Europeans appear more coordinated in their geospatial approaches. However, it is much more difficult in Europe

What is spatial design, and how can it be applied to sustainability problems?

Jeff Thurston — "GIS, GPS, remote sensing, surveying tools and other technologies enable the underlying processes supporting sustainable systems to be measured, calculated and analyzed – spatially.  There are no other tools that can do this as effectively as these can. Furthermore, they integrate processes in such a manner that the relationships (design processes) can

Jeff Thurston — “Cartography is very relevant today. It is focused upon the representation of spatial information and knowledge through the use of traditional hard copy products and is increasingly being explored and used in creative new approaches in the digital domain. This is fostering a new appreciation and respect for the resources, knowledge and