Tracking Ships Around the Globe

Ocean going ships are not presently required to carry tracking devices. But renewed interest in safety and security issues is generating growing interest in knowing where these vessels are located, and which is soon to be required. This poses many challenges because a system needs to be developed that integrates this information internationally, yet, remains

How Can We Communicate that Geospatial Technology Matters?

“We’re living in a time that requires strong actions, and GIS is essential to informing that action for maximum efficiency. We need to do a better job as an industry  educating decision makers about why geospatial technology matters. Despite years of advocacy and outreach, there’s still a disconnect between the capability and promise of geospatial

How Does a Digital City Model Compare to a Digital Rural Model?

"Digital city models are much better known than digital rural models. While buildings and infrastructure are likely to be modeled within cities, land and associated land operations and environmental parameters are more likely candidates for modeling the digital pathways stretching across rural and remote areas.  They are not two disconnected parts though. They interface each 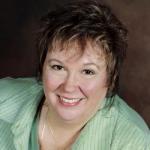 The state of Washington is coordinating an ambitious effort to normalize transportation data from multiple counties into a common repository called the Washington State Transportation Framework (WA-Trans). The site will have a data user portal and a data provider portal and automated QA/QC methods that will include data change detection. V1 Magazine editor Matt Ball

What are some areas of market growth for the geospatial industry?

“All of the areas of growth that I’ll explore will require an expansion of the current geospatial toolset, and will likely involve new players. Given the focus of Vector1 Media on sustainability, I’ll look primarily at areas that stand to gain greatly by balancing the needs of the economy, the environment and society.”

Is It Time to Rationalise and Re-Invent Geospatial Conferences and Workshops?

“Recent events in the world economy have turned the budgets of most companies inside out and upside down. Stock prices have dropped, earnings are being impacted and travel budgets are being limited in many cases. Both industry and individuals are looking for value as they deal with the economic situation. But ruling out the opportunity

What are some of the technological frontiers for GIS advancement?

“Geospatial technology hasn’t been around for very long. In a relatively short time span, many technical hurdles have been addressed and overcome, and GIS continues to expand its adoption in both scientific disciplines as well as mainstream consumer applications. While much of the promise of the technology has been realized, there are still plenty of

Do server based geospatial applications mean people can know less about geospatial concepts?

“The movement toward simplicity has resulted in a number of people who say, “you/we don’t need to know anything about GIS or geospatial – leave us alone.” And, as might be imagined, a group of people are standing clapping their hands together. But another sizeable group are shaking their heads and remain cautious about becoming 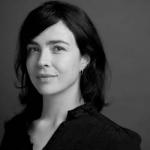 Autodesk has embraced the concept of sustainable design and is working to integrate these principals into tools to facilitate wider application. V1 Magazine editor Matt Ball spoke with Dawn Danby, sustainable design program manager at Autodesk about how these concepts are being applied, and the future promise of this approach that considers the environment and

“Given broad spatial data coverage of street and address data, the general public predominantly perceives spatial data as a done deal. What’s the need to collect more data when my house is on the map in more ways than one, and I can navigate to where I need to go?”