How Can Newspaper Business Models Succeed with Spatial Information Technologies?

“Newspaper business models are struggling. Changing patterns in readership, advances in internet technologies and the development of competing businesses are all contributing toward these difficulties. The business model for newspapers has not changed significantly over nearly 300 years. Spatial technologies offer the possibility to signficantly alter that business model, enabling newspaper publishers to become more

What role do geospatial tools play in government transparency?

"Geospatial visualization provides a unique means to break through barriers between government agencies and across geographies to foster a more efficient bureaucracy. The ability to drill down into our own states and communities with detailed data about government programs and the state of the economy can provide a clarifying vision for action where action is

Does a Geo-Enabled Mobile Phone Make a Difference to Sustainability?

“Mobile phones are rapidly becoming all-in-one devices capable of providing a number of services and greater functionality. Beyond talking to other people and using them as navigation devices with their improving GPS capabilities, has the mobile phone extended itself in deeper and other constructive ways into sustainability issues, infrastructure, 3D cities or other areas we

Intermap Technologies set some very ambitious goals to collect orthorectified radar imagery and digital elevation models at the countrywide scale. The company recently announced the completion of the data collection portion of their NEXTMap USA project. V1 editor Matt Ball spoke with Kevin Thomas, Vice President of Marketing for Intermap about this impressive milestone, and

Extending Topobase in the UK and Ireland

1Spatial has recently become the first Autodesk Topobase reseller for Ireland and the UK, a move that signals a change in the delivery of the product in those areas. The product is based on the Oracle database and 1Spatial brings considerable experience in that database and data quality together at the same time. V1 Magazine

How can geospatial solutions capture more of the IT budget?

"IT departments are being forced to become more process oriented, which is a good thing. Instead of just being stewards of all the infrastructure and applications, IT is being held accountable for process outcomes and the support of business objectives. Geospatial tools are inline with this growing trend, with an increasing number of vendors marketing

“Ten year’s ago real-time geodata was more or less a dream. Five year’s ago most people began to see more real-time data and were talking about it, but it was still something for the adventurous with deep pockets, who could afford to acquire it, process it and distribute it in a useful manner.  This is 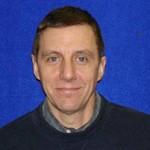 What would it be like to have a digital memory of place?

"Now that we’re approaching the means to capture and distribute highly detailed digital realities that include interior spaces, it got me thinking more conceptually about the idea of having a digital memory of place. This goes beyond the idea of a geographic information system that incorporates time for temporal analysis, toward more of a far-forward

Is There A Geospatial Future in the Global Economic Downturn?

"Watch out for those doom and gloom types – they are 180 degrees to where the geospatial world is heading. Stay away from them. Avoid them. Cast them away on large drifting icebergs and turn your attention to the real opportunities ahead. Negativity breeds its own destiny."