What has caused the rise of the geospatial engineering firm?

It’s interesting to witness the number of large engineering firms that have adopted geospatial technology into their project planning and implementation workflows, making great inroads and profits in the past five to ten years. A growing number of engineering firms are applying GIS to large architecture/engineering and construction projects that include infrastructure design, environmental planning, 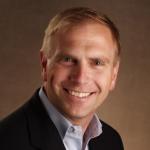 IBM is working to build a smarter planet, with an aggressive campaign that includes a number of television ads on this topic. The focus is from the micro (making computers run more efficiently) to the macro (designing better transportation networks). The company recently participated in the Forum on Earth Observations III in Washington, D.C., which

Is Photogrammetry Important to the Geospatial Industry?

Absolutely. Pho­togram­me­try is more impor­tant today than it has been at any other time. Many of the cur­rent images peo­ple see in 3D city mod­els, land use plan­ning, envi­ron­men­tal and appli­ca­tions involv­ing the deter­mi­na­tion of land­scape change are directly depen­dent upon pho­togram­met­ric prod­ucts and ser­vices. Pho­togram­mety sits at the fore­front of many 3D appli­ca­tions because

3D laser scanning is one of the brightest spots in the geospatial technology arena, because it’s a relatively new technology without a great deal of installed base, it  introduces some impressive efficiencies in the surveying process, and it addresses sectors that stand to rebound as things look up.

How Does Remote Sensing and Airborne Digital Data Relate to GIS /CAD?

Satellite imagery and digital airborne derived geodata relate to geographic information systems (GIS) in many ways. Can you imagine collecting satellite imagery without having a GIS linked to it? It would be a rather pointless venture due to the fact that only pictures could be shown. Alternatively, a GIS would be considerably less effective and

While urban planners may underutilize GIS, there’s growing momentum to harness the toolset for richer visualization and analysis. Niels la Cour, physical planner with the University of Massachusetts Amherst, is doing some innovative work with 3D modeling for campus planning. V1 editor Matt Ball spoke with la Cour about the evolution of GIS for planning,

Is it possible to quantify the value of the entire geospatial industry any more?

A common question in the geospatial industry involves the valuation of the current market as a whole, taking into account hardware, data, software and services. But the size of the industry is tough to quantify given its continued evolution, the many different tools, different business models, and the expansion into different market segments with often

Interview: Setting the Pace in Bringing the Plant Together

Bentley Systems, Incorporated is setting the pace for integrated PDS data. Leveraging the benefits of ISO 15926 standardisation, the company is developing new products for serving and modeling this information across the enterprise – supporting sustainable infrastructure. V1 Energy editor Jeff Thurston spoke with Ann-Marie Walters of Bentley Systems, Incorporated to learn about these new

Can the Geospatial Industry Advance Much Further Without Addressing Quality Seriously?

The concept of spatial data quality is not only about the data. It is also about the impressions people make when using spatial information. And, it is about supporting all of the underlying practice and use of spatial information – including geospatial technologies. If we’re not willing to address quality more substantially, and pay attention

Exploring the Role of Geospatial Tools for Urban Planning

Ken Greenberg, an architect and urban designer with his own firm Greenberg Associates, recently spoke at the GeoWeb Conference. Greenberg has worked on many large-scale and high profile projects, including Boston’s Crossroad Initiative for the Big Dig and the Vision Plan for the District of Colombia. V1 Editor Matt Ball spoke with Greenberg about the