The growing amount of plastic debris in the world’s oceans and waterways has many scientists and anti pollution activists very concerned. The Great Pacific Garbage patch, a gyre in the Pacific Ocean that is capturing plastic debris and is growing in size has provided a rallying cry for activists that is gaining momentum. Drew Stephens,

What are the implications of model-based design for the geospatial community?

The community of architecture/engineering/construction (AEC) specialists is undergoing a dramatic evolution toward model-based design.  The concept and tools of Building Information Modeling (BIM) is a paradigm shift for the AEC community as it breaks free of the drawing-oriented design process toward an intelligent model that informs all phases of a building’s life and is acted

ESRI has always invested heavily into GIS education. That has included both the toolset as well as the study of geographic information as a science. The results have been impressive, not only in terms of financial growth for the company but the numerous research efforts, education events, books published and conference-workshops. Building GIS capacity and

So Dude — Does GIS Really Matter Anyhow — Why?

You’ve heard peo­ple say over and over “every­thing is some place” and “you can orga­nize your world” — all through using GIS. You won­der why some of your friends eyes glass over when they start talk­ing about spa­tial infor­ma­tion and GIS, think­ing to your­self “what’s that all about?” So Dude — Does GIS Really Mat­ter Anyhow — Why?

How will geospatial technology help us adapt to climate change?

There’s not much consensus of opinion regarding the likelihood of a comprehensive treaty on climate change in Copenhagen at the United Nations Climate Change Conference early next month. The “Hopenhagen” campaign and other efforts are promoting the need for strong action, but there are other equally strong detractors.  In recent days there have been indications 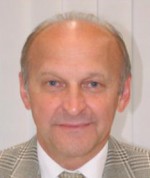 From Photogrammetry to 3D Digital Earth

Photogrammetry continues to evolve and today the study of photogrammetry remains important. Armin Gruen has previously served as Head of the Chair of Photogrammetry at the Institute of Geodesy and Photogrammetry, Federal Institute of Technology (ETH) in Zuerich, Switzerland. V1 Magazine editor Jeff Thurston interviewed him recently to learn about his life long passion of

What happened to the metaverse?

Just a few years ago there was a flurry of activity to create virtual digital worlds such as Linden Labs’ Second Life for interaction in spaces some call the metaverse. At that point in time, the prediction was that these worlds would far surpass Facebook and MySpace as the places that we’d want to gather

I thought I would try some­thing a lit­tle dif­fer­ent this week given that the fall of the Berlin Wall will be remem­bered Novem­ber 9. The 20th Anniver­sary will give rise to fes­tive occa­sions both within Berlin and Ger­many in gen­eral, but it will also be a time for many other peo­ple inter­na­tion­ally to think about