The Abundant Forest Alliance (AFA) is a trade group that aims to educate the public about how forestry and forest products fit into the web of sustainability. V1 Magazine editor Matt Ball spoke with Rod Lowman, president of AFA, about the goals and methods of his group as well as the overall health of America’s

Intermap Technologies was one of the first companies to realize the value of collecting and archiving geospatial data for large geographies, and the first and only to collect high-resolution elevation data on a worldwide scale. V1 Magazine editor Matt Ball sat down with Intermap’s CEO, Brian Bullock, to discuss the company’s history and business plan,

Davidya Kasperzyk, AIA, is an architect and physical planner based in Seattle whose practice has attempted to balance human development with habitat conservation. Projects that Davidya has undertaken include Waterfront 2020 (an ecologically wise strategic plan for the central waterfront), and the award-winning “Missing Link of the Burke-Gilman Trail” implementation study. V1 Magazine editor, Matt

Exploring the Link Between GIS and Sustainability

Timothy Nyerges is a professor in the Department of Geography at the University of Washington. He has long been interested in the connection between GIS and sustainability, having worked on a number of projects, including a curriculum development project in 2001 on GIS for Sustainability Science. V1 Magazine editor Matt Ball spoke with professor Nyerges 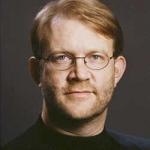 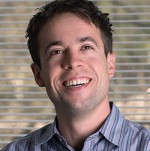 With the continuing convergence of spatial technologies for greater intelligence, one company in particular stands out. Safe Software has long been in the business of moving data with their spatial ETL (extract, transform and load) platform FME. Vector1 Media editor Matt Ball had a conversation with Dale Lutz and Don Murray, co-presidents of Safe Software,

Topcon in Europe has recently undergone a transformation, having reorganized to separate from their eye care business to be fully dedicated on positioning. The new focused positioning business has grown exponentially since then. Vector1 editors sat down with Ewout Korpershoek, director of marketing and sales for Topcon Europe Positioning, to discuss Topcon’s strategy and the

Planning Tools Have Their Place

The place that we live affects our access to jobs and public services, culture, shopping, education and our feeling of personal safety, security and health. Balancing access and limiting economic segregation is a daunting task for urban planners. Throw in the need to balance economic growth with environmental impacts, and the parameters grow exponentially. V1

Milan Konecny is a cartographer and proud citizen of the Czech Republic. He is also a world traveller, having spent the last 4 years as President of the International Cartographic Association (ICA). Konecny has been involved in sharing the merits of cartography with children, participated in the Digital Earth Summit and continued to teach and research. I