While urban planners may underutilize GIS, there’s growing momentum to harness the toolset for richer visualization and analysis. Niels la Cour, physical planner with the University of Massachusetts Amherst, is doing some innovative work with 3D modeling for campus planning. V1 editor Matt Ball spoke with la Cour about the evolution of GIS for planning,

Interview: Setting the Pace in Bringing the Plant Together

Bentley Systems, Incorporated is setting the pace for integrated PDS data. Leveraging the benefits of ISO 15926 standardisation, the company is developing new products for serving and modeling this information across the enterprise – supporting sustainable infrastructure. V1 Energy editor Jeff Thurston spoke with Ann-Marie Walters of Bentley Systems, Incorporated to learn about these new

Exploring the Role of Geospatial Tools for Urban Planning

Ken Greenberg, an architect and urban designer with his own firm Greenberg Associates, recently spoke at the GeoWeb Conference. Greenberg has worked on many large-scale and high profile projects, including Boston’s Crossroad Initiative for the Big Dig and the Vision Plan for the District of Colombia. V1 Editor Matt Ball spoke with Greenberg about the

Satellite Imagery for China, Australia and Beyond

Exploring the Status and Importance of the GeoWeb

The concept of the GeoWeb has been gaining ground for some time, but the full vision is only just beginning to be addressed. V1 editor Matt Ball spoke with Ron Lake, founder and president of Galdos Systems, and creator of the GeoWeb Conference, about the current status of the GeoWeb, and priorities for current development

New tools for modelling infrastructure design are helping to create high quality results while decreasing design and modelling costs. Mark Paraskeva was recently appointed Vice-President of Europe, Middle East, India and Africa (EMIA) for Autodesk. New development and re-development in these regions is contributing significantly to company revenue and several new products are contributing to

Web 3.0 and the Rise of Process Engines

Paul Torrens, an Associate Professor and Director of the Geosimulation Laboratory at Arizona State University’s School of Geographical Sciences and Urban Planning, has conducted many innovative research projects on topics such as city models, immersive modeling, space-time GIS and geographic analysis of human behavior. His work garnered such attention that Torrens was awarded the Presidential

3D Holograms and the Potential for Holographic Display

Most technologies to visualize and manipulate three-dimensional models create an environment that’s just two and a half dimensions. Holographic imaging technology promises to provide a display that projects an image that can be manipulated in the full three dimensions. One company that’s working diligently to develop this technology is Zebra Imaging. V1 Editor Matt Ball

The ability to track change over time within a geospatial context has long been a compelling challenge. The primary limitation is the amount of data that needs to be captured, analyzed and visualized. V1 Editor Matt Ball spoke with Mark L. Feldman, CEO and president of Space-Time Insight about the successful approach that his company 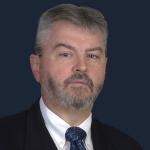 Exploring the Role of GIS in the Enterprise