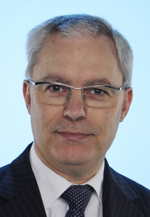 The Ashtech brand returned a short while ago. The company provides high quality GNSS technologies and by all accounts the pace of innovation has been increasing, providing many new products around the globe since the name change. Vector1 Media editor Jeff Thurston interviews François Erceau, general manager and vice-president of Ashtech on the company’s new

Open Geospatial Consortium (OGC) has been working diligently over the years to build capacity within the geospatial community through the adoption of standards. There have been many successes during that time, some of which have led to even more interesting changes within the community, causing further speculation, interest and questions. Vector1 Media editor Jeff Thurston

The spatial database performs a number of important functions for data integration and improved intelligence. These capabilities continue to expand current practice, and even push the possibilities. V1 Magazine editor Matt Ball spoke with Xavier Lopez, Director of Spatial and Semantic technologies at Oracle Corporation, about the company’s forays into 3D and real-time data, touching

Mapping Past Ecology to Inform the Future

Eric Sanderson, an ecologist with the Wildlife Conservation Society (WCS), has pioneered the use of geospatial technologies to uncover the ecological underpinnings of our urban spaces. This work received broad acclaim through the Mannahatta project and book, and it is now being extended to the five boroughs of New York City in the Welikia Project.

Developing the GeoWeb with Next-Generation Tools

Dave Bouwman is CTO and senior software architect at DTSAgile, a geospatial software development firm that focuses on creating web-based solutions for clients. Bouwman has been a GIS software developer and integrator for years, and he blogs regularly on ArcGIS and .NET software development. V1 editor Matt Ball spoke with Bouwman about the current state

The acquisition of Intergraph by Hexagon in early July has made geospatial industry consolidation a hot topic throughout this Summer. V1 Editor Matt Ball speaks with R. Reid French Jr., executive vice president and chief operating officer, about the company’s approach and potential changes under the new ownership. Ball also speaks with Mark Doherty, vice

GeoEye continues to make inroads as the first commercial, high-resolution satellite imagery provider. The announcement this past week that the company has been awarded a $3.8 billion contract through the National Geospatial Intelligence Agency’s (NGA) EnhancedView program means that the company has a strong foundation for another 10 years to come. V1 editor Matt Ball

As a leading integrator and provider of information technology, IBM has been using and promoting geospatial technologies for decades. Their recent efforts with the Smarter Planet concept speaks to the need for greater efficiently in our cities and the deployment of more intelligent systems for a more sustainable planet. V1 editor Matt Ball spoke with

SuperGeo Technologies Inc. originates from the early 1990’s and calls Asia home. CEO Super Wang began the company together with other interested parties. It has since grown to become a leading international geographic information system (GIS) software manufacturer. Vector1 Media editor Jeff Thurston interviewed Mr. Wang on several topics to learn about the company and it’s