When the Spicycles project was launched in 2006, cycling was not the ‘hot’ mode of transport that it has become today. As project partners, we wanted to gather experience related to specific areas of cycling policy. We were keen to explore how key elements such as communication and awareness raising, and the building of local

Transportation networks are highly spatial in nature and dependent upon a high level of planning in their design, operation and maintenance. Accordingly, they are well suited to geographical information systems (GIS) tools. While we tend to think of transport networks in a continuous fashion, primarily to get us from Point A to Point B, these

As many of you are well aware, Google finally launched the much anticipated Google Ocean, extending the coverage of their virtual globe to the 70 percent of the earth that is covered by water.  Since the ocean has an enormous impact on our climate, our ability to feed ourselves, and ultimately on our survival as 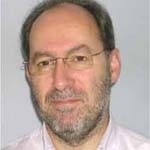 A Bridge Over Troubled Geospatial Data – and best practice for INSPIRE

The first line in the Mission Statement for the European Spatial Data Infrastructure Network (ESDIN) project is ‘To become a bridge over troubled geospatial data’. This statement sums up the situation quite well but it needs some elaboration in terms of what the troubles are and how the bridge is being built! 1Spatial is the

Students and teachers are constantly searching for new and useful geographical information system (GIS) educational materials. While many GIS concepts are universal and apply around the world, instructional material that contains localised content is in greater demand – people learn more quickly and identify with educational material they are familiar with. GIS for A-level Geography is

Electric utilities face serious challenges. As normal demand continues to rise, the transportation sector looks to electricity to answer fuel concerns. The CEO of a major U.S. electric company predicts the impending electrification of the transportation industry. We are seeing more and more hybrid vehicles, and several major automakers plan to offer plug-in hybrids in

GIS is a Means of Communication

A GIS-user looks for information that makes it possible for him to solve an actual task. If the GIS-user feels that the information allows correct, safe and fast task-solving, then the producer has gained the user’s favour. Then the good question will be, what the GIS-producer needs to be capable of for the purpose of 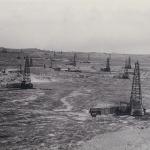 Carbon dioxide is not always the villain. It can actually be quite beneficial for companies like Houston-based Anadarko Petroleum Corporation, which is using the greenhouse gas for enhanced oil recovery, a process that involves injecting otherwise tapped out wells with CO2 to produce additional oil. Anadarko uses GIS to track pipeline maintenance, view land reclamation,

Some 50,000 islands and thousands of narrow fjords cut into the mountainous countryside along Norway’s jagged coastline. Diesel-fueled ferries have transported people and goods between the islands and across the fjords for decades, but a new fleet of natural gas-powered ferries is now improving mobility without emitting noxious fumes that pollute the marine environment.