Spot Image has been building and operating satellites since 1986. The company can point to a large archive of 20 million satellite images covering the planet and several operating satellites currently together with partnerships adding imagery from KOMPSAT, FORMOSAT and ENVISAT. Recently the company’s shareholder structure changed as EADS Astrium assumed majority ownership. This has

The Geospatial Information Technology Association’s 2009 Geospatial Infrastructure Solutions (GIS) Conference took place April 19-22 in Tampa, Florida. The event aimed to involve members early and often, with a ‘design your own program’ appeal to members during the planning stages, followed by the interactive discussions, and an emphasis during the general sessions on the benefits

The SPAR 2009 Conference, which took place in Denver, Colorado from March 30 to April 1, drew a diverse audience of vendors, service providers and end users of terrestrial LIDAR. The more than 600 attendees at this event speak to the strong interest in 3D data collection, and the benefits of this technology for asset

SmartGeometry 2009 was held in San Francisco, California during March 27 – April 1. It included a workshop, a public Alumni Summit and a public Conference and Reception. An audience of students and professionals from around the world attended this year’s event. Focusing upon intelligent computational design, SmartGeometry 2009 is an opportunity to learn, share 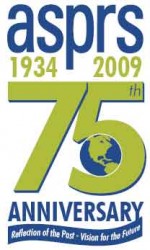 ASPRS Reflects on the Past, and Provides a Vision for the Future

The 75th annual American Society for Photogrammetry and Remote Sensing Annual Conference took place in Baltimore, Maryland from March 9-13, 2009. This landmark event drew an international audience of more than 1,500 people, with the theme, “Reflection of the Past, Vision for the Future”. The reflection portion of the theme was evident in a multimedia

The Map World Forum took place in Hyderabad, India from Feb. 10-13. This second biennial event drew an international audience of more than 2,000 people, with the theme, "Geospatial Technology for Sustainable Planet Earth". The theme was explored in many different sessions that drove home the power of geospatial technology for the stewardship of our

The International Symposium on Global Navigation Satellite Systems, Space-Based Navigation and Ground-Based Augmentation Systems and Applications was held last week in Berlin. Bringing together representatives from around the world, the event served to provide as a forum for learning about ongoing activity relating to GNSS. Also included were activities and information relating to additional positioning

Under sunny skies and with 1600 registered users in attendance, the annual ESRI EMEA User Conference was held in London, UK last week at the Queen Elizabeth Convention Centre under the theme ‘GIS for everyday life’. Richard Waite, president of ESRI (UK) opened the show welcoming guests from across the globe. He said that this

INTERGEO 2008 opened under rainy skies in the northern city of Bremen, Germany with the theme ‘Knowledge and action for planet earth’. With 478 exhibitors from 29 countries in attendance, presentations included reference to the changing world, climatic threats and the need for authoritative data to meet these challenges – a theme V1 Magazine has

The 20th AGI (Association for Geographic Information) Event and 2nd Geocommunity Conference 2008 was held this past week at Stratford-Upon-Avon, UK to an audience of 600 under the theme ‘Shaping a Changing World’. The evening prior to the event featured a pre-conference icebreaker which included the Earl of Oxford’s Men, a Shakespearean entertainment group who